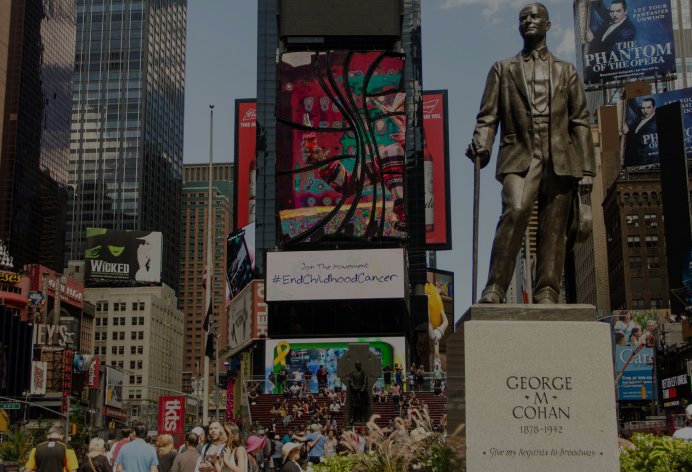 If it’s your first time in NYC, Broadway can be intimidating! With so many great (and not so great) shows, how can you decide which show to choose? Here are five of the Longest Running Broadway Shows that are a surefire bet for some Broadway magic!

222 W 51st St, New York, NY 10019
Spectacle has become synonymous with Broadway and Wicked is a perfect example! Set in the Wonderful Land Of Oz, this musical gives an alternate look at the Wicked Witch (get it?) and several other characters from The Frank L Baum classic. With rousing music, amazing sets and a great message of staying true to who you are, it’s abundantly clear why Wicked has been on Broadway for 12 years!

Phantom of the Opera

245 W 44th St, New York, NY 10036
Andrew Lloyd Webber is Broadway royalty. Phantom of the Opera is, currently, the Longest Running Broadway Show and it’s not gonna leave anytime soon! It tells the story of a disfigured composer who falls for a young woman with a beautiful voice, whether she likes it or not! The music and staging is haunting and will leave you humming for the rest of the night. The Majestic theatre, which hosts the show, is wonder you can glimpse at the end of one of our tours. Next year will be the Phantom’s 30th Broadway Anniversary, so join everybody else and go get swept away!

200 W 45th St, New York, NY 10036
Disney continues to have a strong presence on the Great White Way and nothing represents that more than The Lion King. Debuting almost 20 years ago, it is easily one of the Longest Running Broadway Shows! Based on the classic Disney film, it tells the story of young Lion Cub Simba and his tragic but uplifting rise to King. With all the music you know and love brought to life by amazing costumes worn by fantastic performers, the whole family is sure to enjoy this show. (And maybe even shed a tear or two!)

219 W 49th St, New York, NY 10019
This one is a personal favorite! Chicago tells the story of Roxy Hart as she goes after the American Dream: Fame and Fortune! Having been on Broadway for over 20 years, this show is a well oiled machine. Almost every performer is a veteran of the show and performs with the skill and confidence and pizzazz you should expect from one of the Longest Running Broadway Shows! With rotating (and often celebrity) leads, Chicago is always a good time.

340 W 50th St, New York, NY 10019
This one is a bit of a cheat and Adults Only but I’m adding it anyway! Set in a fictionalized NYC, Avenue Q is lovingly referred to as Sesame Street for Grown Ups. While it is now playing Off-Broadway, it made it’s debut the same year as Wicked. Which means you can catch these foul mouthed puppets in a more intimate setting and laugh as loud as the heck you want! (You’ll get it if you see the show.)

Broadway Shows — So Much to Love

These are just a few of the top Broadway shows loved for years, but ask your tour guide about their favorite and you’re sure to hear a few others.

Fun fact: We also do custom tours about Broadway shows, especially those based in New York (“Hamilton,” anyone?). Let us know if you’d like a private Broadway tour with a special theme. We’d be happy to create a special experience just for your group.