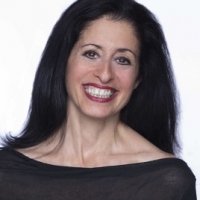 Linda Shell is a NYC native who has performed in musicals, plays and cabarets at New York City venues that include The Signature Theatre, Ars Nova, Theatre For The New City, Hudson Guild, The Metropolitan Room, Don’t Tell Mama, Sophia’s and Below 54 to name a few. Linda is a proud member of SAG-AFTRA and AEA.

Linda is a jingles singer whose voice can be heard on commercials including the “Crash, Bam, Alakazam” ad for Weight Watchers last year. She is a featured member with Little Isidore & The Inquisitors with whom she has recorded and toured opening for such acts as Ronnie Spector and Jay Black.