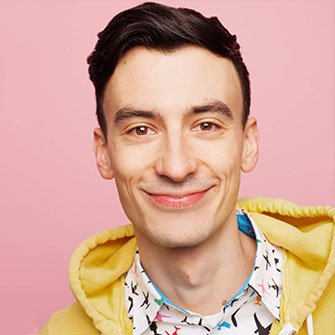 Originally from Toronto, Canada, Filip came to New York City to pursue his passion for comedy and comedy writing. A character actor with a BFA from Toronto’s Ryerson University and a graduate of The Second City Conservatory, Filip performs regularly at comedy theatres across NYC, including the Upright Citizens Brigade Theatre, as well as The People’s Improv Theatre, and Reckless Theatre.

Filip is a winner of the Tim Sims Award, a Canadian Comedy Award nominee, and has written for the NBC Scene Showcase (2015), as well as Canada’s CTV/Comedy Network. Filip is also fluent in Serbian and Croatian and can run extremely fast!