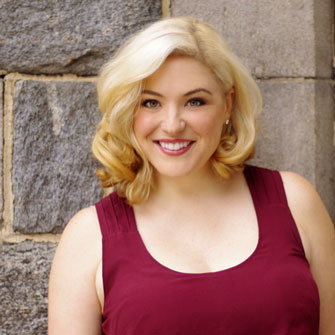 Val hails from Pittsburgh, PA and has lived in NYC for 10 years. She began performing professionally as a child and has had the pleasure of singing as a soloist with The Pittsburgh Pops under guest Maestro Marvin Hamslisch and the Cincinnati Pops under Steven Reineke, traveling to 14 countries with Norwegian Cruise Line as a featured Vocalist on the Pride of America and the EPIC, and performing in countless musicals and revues that have taken her to 29 states across the US so far! In New York City, Val has been seen on stage at The Al Herschfeld Theater, Town Hall, The Lion Theater, and numerous cabaret spaces with her original One Woman shows and in concert pieces and readings. Val is a member of the Actors Equity Association and holds a BFA in Musical Theater Performance from the University of Cincinnati’s College Conservatory of Music.

She is also a skilled educator, having taught arts and fitness based classes to adults and children for over 10 years in Pennsylvania, Ohio, and New York (Zumba with a side of tap class anyone?!?). Val also enjoys producing and creating and is hard at work on “Songs For Young Whippersnappers”, the debut CD to be released in 2016 by her production company: Vintageous, Inc.